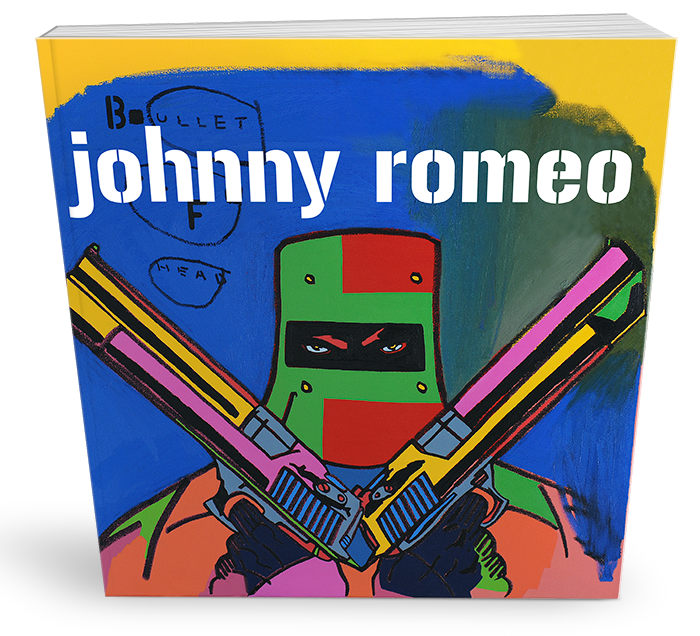 What is Plastic Fantastic?

For the last 10 years, internationally acclaimed Australian painter Johnny Romeo has been one of the most exciting and dynamic voices in the contemporary world of Pop Art. Romeo’s latest book, Plastic Fantastic: A Survey Of Paintings, 2007 - 2017 takes a look back at the artist’s illustrious career over the last decade, charting Romeo’s trajectory from rambunctious punk-pop misfit to the Neo-Expressionist Pop juggernaut he is today.

Over the course of 150 pages, Plastic Fantastic showcases some of Johnny Romeo’s most iconic works to date. The book captures Romeo’s electrifying fusion of Technicolour explosions, comic book aesthetics and street art edginess in all its glory, highlighting his penchant for appropriating familiar Pop iconography and transforming it into thrillingly original paintings.
Plastic Fantastic cheekily takes its title from Andy Warhol’s road-trip from New York to LA in 1963. Much like Warhol’s hedonistic jaunt through the seedy backwaters and wide-open plains of the United States, Plastic Fantastic is an adrenaline-soaked journey through the pure Pop psyche of Johnny Romeo. From his earliest works in Live At the Apollo to the glitzy Neo-Expressionist bombast of series such as Top of the Pops, the book reveals Johnny Romeo as one of the most vital forces pushing the Pop medium into new and exciting terrain today.

Ambitious in scope and presentation, Plastic Fantastic is slated to be a full-colour, hardcover book release featuring essays from esteemed art critics. The book is a bombastic celebration of a truly stellar Pop visionary leading the global charge in Neo-Expressionist Pop art.

Johnny Romeo is an internationally acclaimed Australian pop painter whose energetic appropriation of comic book aesthetics and pop culture is capturing attention worldwide. With GQ Magazine describing his art as ‘part punk, part pop’, he draws inspiration from neo-Expressionism, rock’n’roll, graffiti art and Pop art.
Johnny Romeo’s work critiques the madness of a modern world driven by pervasive advertising, hollow materialism and wasteful excess, exploring the way in which we construct our identities through the idolisation of pop culture and brand-name heroes.

Romeo is represented by many of Australia’s top galleries with a number of sell-out exhibitions across Sydney, Perth, the Gold Coast, Alice Springs, Darwin and New Zealand. His work has also caught the attention of publications such as the Sydney Morning Herald, GQ Style Australia, Vogue, Grazia and the Australian Art Review, as well as the ABC 7:30 Report, SBS and Foxtel Australian arts channel STVDIO.

His recent work was included in the 2012 Urban Pop Survey in Los Angeles, and there are three major US exhibitions planned for 2013 in addition to a series of commissions by LA County which will see the artist become the first non-US based artist to incorporate his work into transportation projects throughout Los Angeles. Romeo recently completed a collaborative work with world-renowned punk band Blink-182. 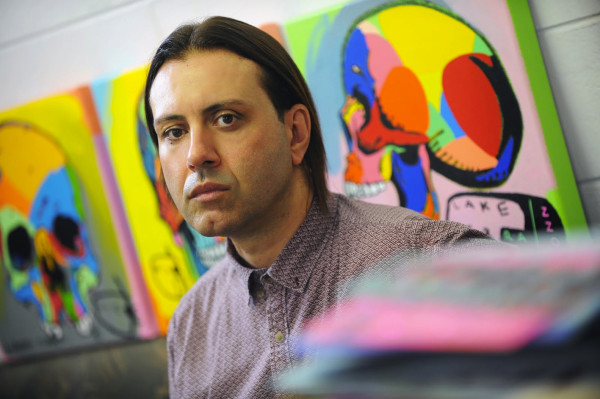 Over the course of 150 pages, Plastic Fantastic showcases some of Johnny Romeo’s most iconic works to date. The book captures Romeo’s electrifying fusion of Technicolour explosions, comic book aesthetics and street art edginess in all its glory, highlighting his penchant for appropriating familiar Pop iconography and transforming it into thrillingly original paintings.